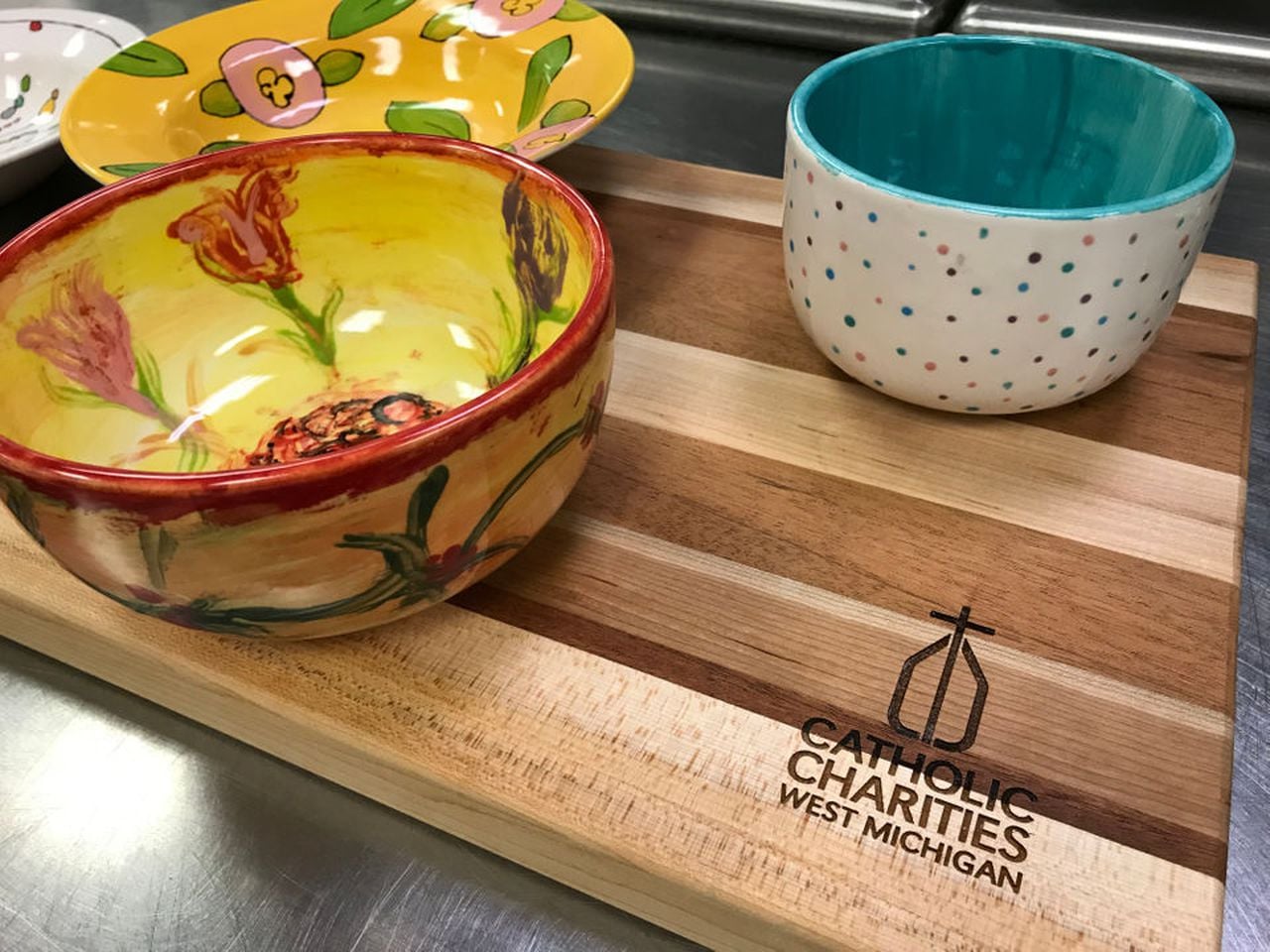 No matter your artistic abilities, bowl painting parties are a great way to have fun with your family and friends while supporting God’s Kitchen! Catholic Charities will furnish the bowl kits that include paint, instructions, and the bowls – providing everything you need to let your creativity go wild! It is $10 to keep the bowl and $8 to donate it back to CCWM, for our Soup’s On event. To learn more, email Jeff at jhoyh@ccwestmi.org. 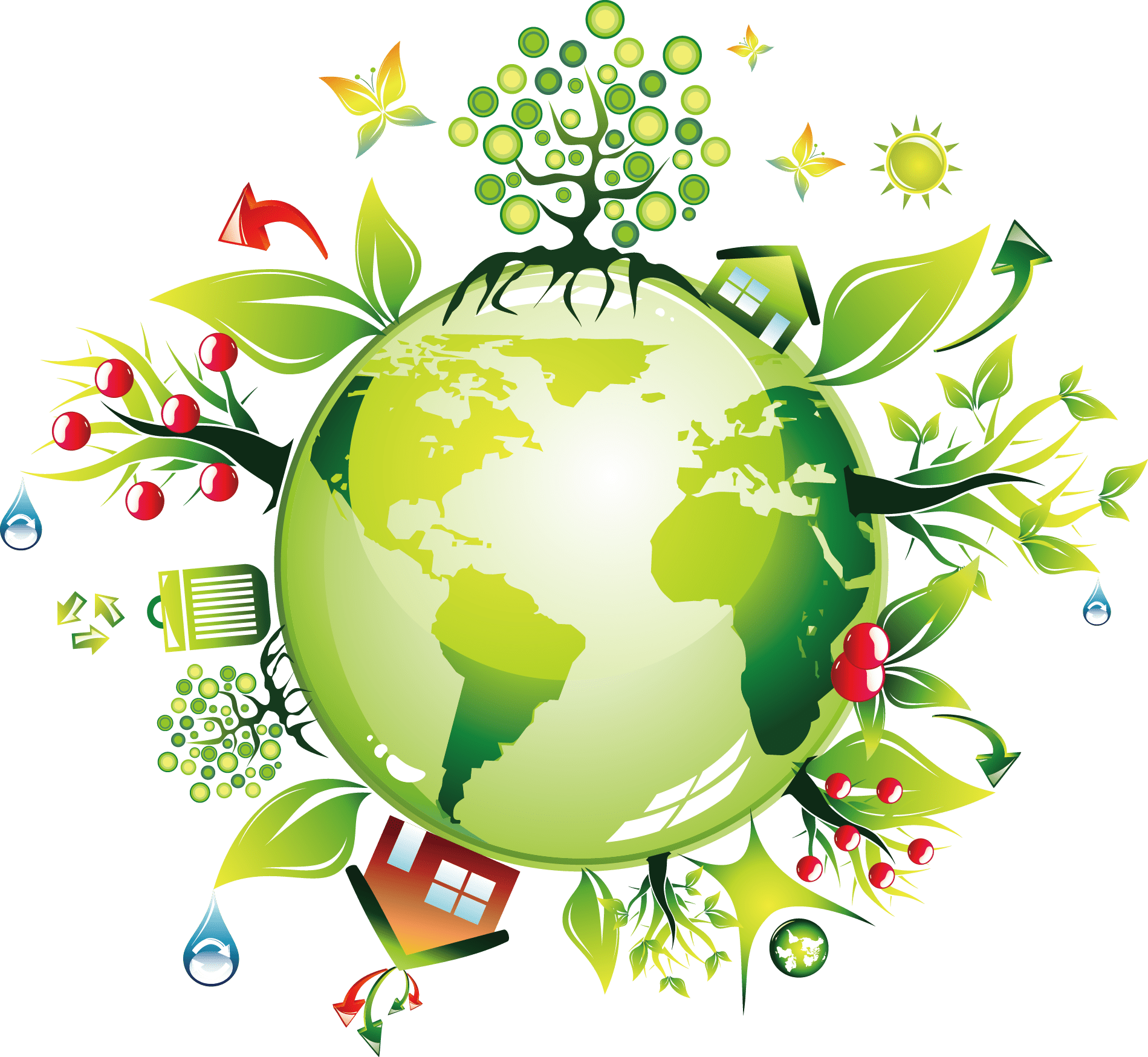 There is nothing ordinary about what has transpired over these past 15 months. Our pastors and their staff members have worked tirelessly to nourish the spiritual lives of parishioners while also safeguarding the physical health of their communities. Thank you for your understanding and patience.

As of June 22, the State of Michigan has lifted its broad epidemic orders. This is positive news, and we are hopeful that the worst of this pandemic is behind us. Daily numbers of new cases have been falling steadily. Positivity rates statewide are below 3% and have decreased 88% since their high on April 8.

Understanding that parishioners who are homebound or in long-term care facilities may be at increased risk of contracting COVID-19,

ministers who are not fully vaccinated and bringing holy Communion to individuals in these groups must wear a mask. Other than this norm, the Diocese of Grand Rapids is terminating any remaining particular law in response to COVID-19, effective immediately. This decision aligns with guidance from public health officials and is supported by the data mentioned above.

Moving forward, decisions regarding parish norms for COVID-19 will be left up to the pastor and his staff. CDC recommendations for communities of faith may be found on their website. https://www.cdc.gov/coronavirus/2019-ncov/community/faith-based.html

Since our founding by the Franciscan Sisters of the Eucharist in 1974, the Franciscan Life Process Center has assisted in the education, healthy development and cultural enrichment of individuals and communities of people throughout the greater Grand Rapids area and Kent County.

Our Mission:
To promote a relationship with God that brings dignity and hope to the sacred process of all life through programs that assist, educate, enrich and inform. 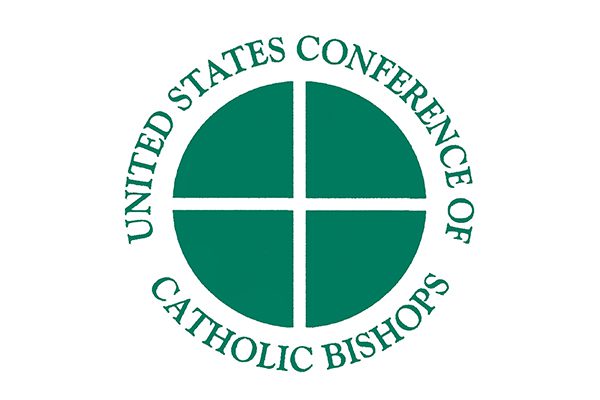 The USCCB Public Affairs Office has released a Q + A fact sheet following last week’s USCCB Spring General Assembly debate and vote on a pastoral document on the meaning of the Eucharist in the life of the Church. This document aims to clear up misunderstandings on the document and the vote that was undertaken.

It can be found here (English | Spanish). 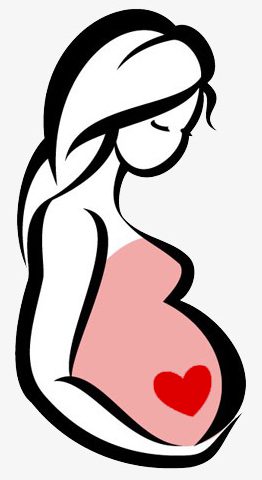 This week is our final opportunity to ensure members of Congress hear from their constituents.

The House Committee on Appropriations is marking up the Labor, Health and Human Services, Education, and Related Agencies appropriations bill. As it stands now, the Hyde Amendment and other longstanding, bipartisan provisions are not included. The elimination of these amendments would force taxpayers to pay for elective abortions, force health care professionals to perform and refer for abortions against their religious beliefs, and force employers and insurers to cover and pay for abortion.

Please encourage parishioners to contact Senator Stabenow, Senator Peters, and their respective congressional representative. This can be accomplished in the following ways:

The U.S. Bishops released a statement about this week’s activities: https://www.usccb.org/news/2021/bishop-chairmen-respond-extreme-abortion-push-appropriations-bill. Their statements, Bishop Walkowiak’s letter to parishioners, and other resources are available on the diocesan website: https://grdiocese.org/contact-congress-act-now-to-help-save-hyde-amendment-from-repeal/.

The Hyde Amendment prohibits federal funding of elective abortions and has been renewed in the federal government’s budget for the last 45 years. Despite longstanding, bipartisan support for the amendment, and overwhelming public support as well, the amendment is in great danger of being repealed.

Catholics are being encouraged to take immediate action by signing the online petition to Congress at NoTaxpayerAbortion.com.

Here are resources to help you in these efforts: 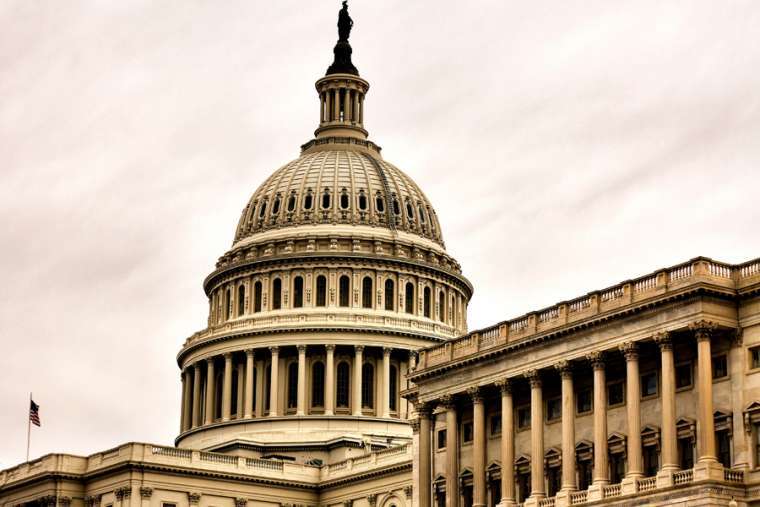 The U.S. Senate is expected to debate and cast a vote on The Equality Act soon. A date has not been set, but President Biden has indicated he wants this legislation passed within his first 100 days in office. The bill was passed by the House at the end of February.

The legislation would amend existing federal civil rights laws including the Civil Rights Act of 1964, which had banned discrimination based on race, color, religion, and national origin, to include protections on the basis of sex, sexual orientation, and gender identity.

Our religious liberty is at stake if this bill passes. Our parishes, schools, and charities would not be allowed to minister in accord with our beliefs because we would lose legal protection from the Religious Freedom Restoration Act of 1994. This exemption is something that has never been at stake under federal legislation.

As noted in a USCCB backgrounder: In addition to effectively adding new classes to these titles, the Equality Act expands the definition of “public accommodations” from restaurants, hotels, and theaters to nearly every consumer service or place of commerce, gathering, or charity, notably including health care (§ 3). It also expressly makes available restrooms, locker rooms, and dressing rooms to persons according to their “gender identity” rather than natural sex (§ 9). In addition to “sexual orientation or gender identity,” the Equality Act adds elements to the definition of “sex” to include “sex stereotypes” and “pregnancy, childbirth, or a related medical condition.” It also defines “sexual orientation” (“homosexuality, heterosexuality, or bisexuality”) and “gender identity” (“the gender-related identity, appearance, mannerisms, or other gender-related characteristics of an individual, regardless of the individual’s designated sex at birth”) themselves.

Please see the information below, and we encourage you to write our senators.

More information may be found here:

USCCB: https://www.usccb.org/equality-act#tab–backgrounders (scroll down toward the bottom for backgrounders)

The Person and Identity Project provides formation, resources, and pastoral guidance on issues of faith, “gender,” and sexual identity: https://personandidentity.com/ 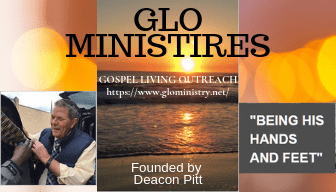 Deacon Pitt provides meals to people downtown in the Heartside neighborhood of Grand Rapids twice a week. On a normal day he serves about 120 people. Last week with the shutdown 200 people showed up and he was running out of food. By the end he could only offer a bread stick and a bottle of water. Normally he serves chili, but has been unable to find ground beef. He is looking in particular for donations of ground beef and is willing to pick it up. Any help would be much appreciated.

“Before all else comes the individual person,” Pope Francis wrote, “and people should not be defined only by their sexual tendencies. We are all destined to receive his infinite love.” The Courage apostolate welcomes men and women who experience same-sex attraction as brothers and sisters in Christ and helps them to respond to their vocation as sons and daughters of God, created in his image and likeness. Together with a priest, Courage members strive for chastity, build authentic friendships, and grow in holiness. For more information, call 616-288-0914 or email courage@grdiocese.org

For parents of sons and daughters who experience same-sex attraction, “speaking the truth in love” to their children can often present a challenge. The EnCourage apostolate is the Catholic Church’s outreach to parents and loved ones in this situation and offers support and direction as they strive to love their children without the boundless love of Christ. A priest leads regular meetings of EnCourage and offers insights into how to keep the faith while keeping family relationships strong. For more information, please call 616-288-0918 or email encourage@grdiocese.org

Catholic schools educate the whole child for a life of encounter with Jesus Christ. Our Catholic schools are devoted to helping students in every dimension of life, nurturing a relationship with Christ which is the foundation of all learning.

Catholic schools provide an outstanding personalized learning experience known to boost academic success. Catholic high schools in our diocese have a 99% graduation rate, with 97% of the class of 2019 going to college.

Catholic schools are welcoming communities where each student feels safe, honored and celebrated. Our mission is rooted in Christ who calls us to value and love all people.

Catholic schools invite participation in diverse activities that encourage exploration, creativity and the pursuit of personal potential. A wide variety of performing arts and championship-caliber athletics provide inspiration and opportunities to excel.

Catholic schools are committed to helping students learn in a joyful environment filled with Christ’s beauty, goodness and truth. Our dedicated faculty members are encouraged to be creative in their instructional approach to ensure students retain their lessons through a love for learning and life.

To find a Catholic school near you, visit CatholicSchools4U.org. Scholarships are available. 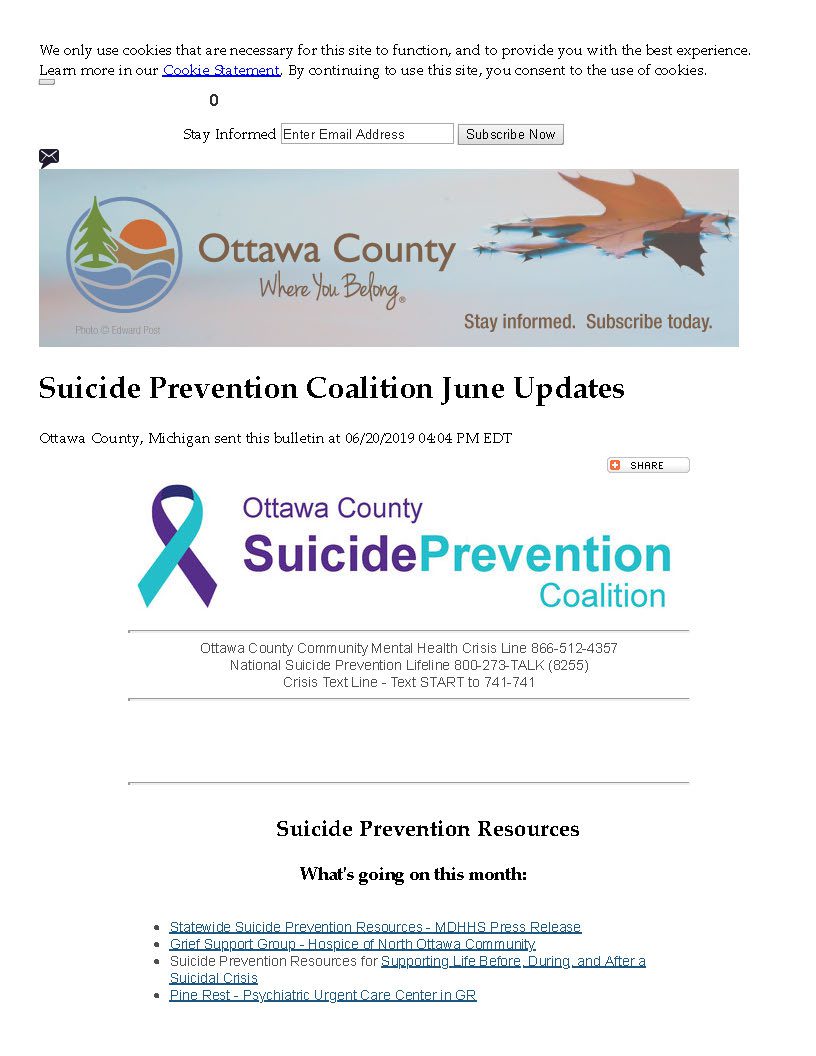 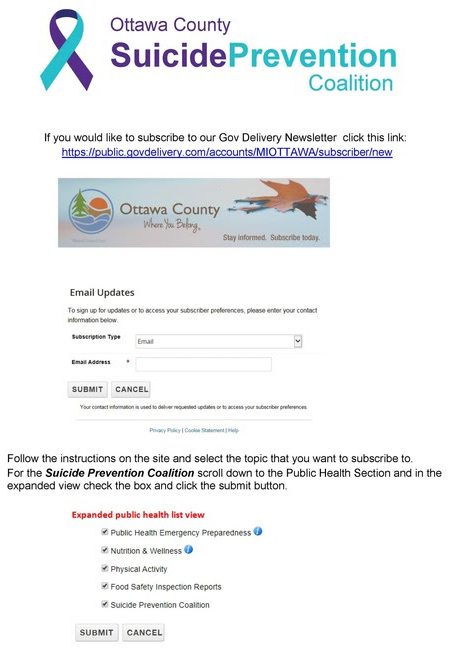 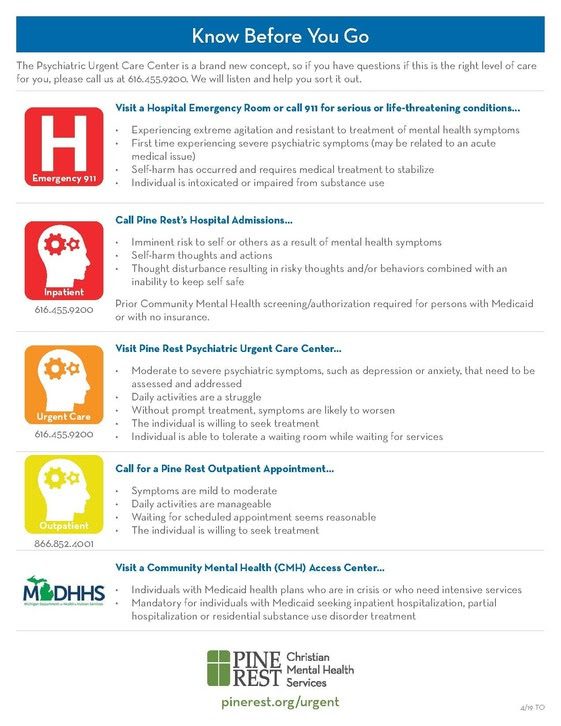 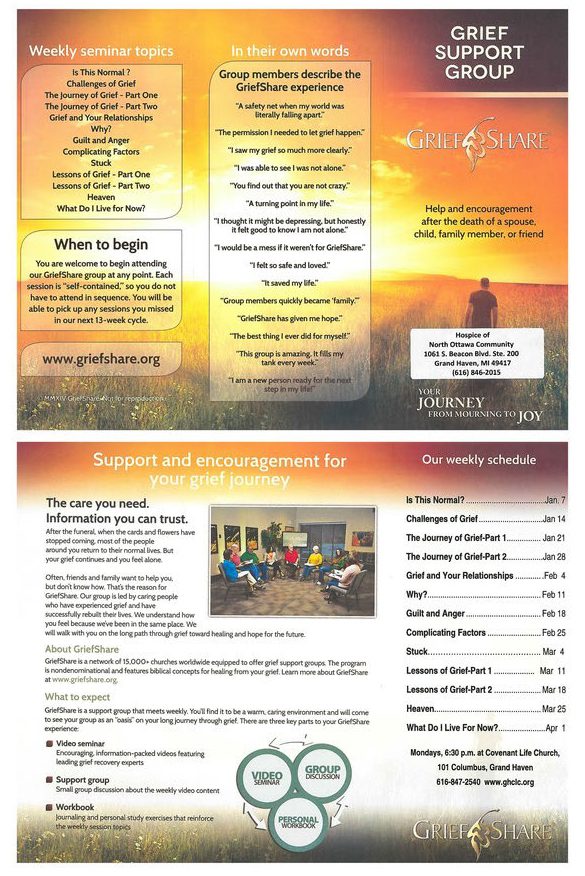 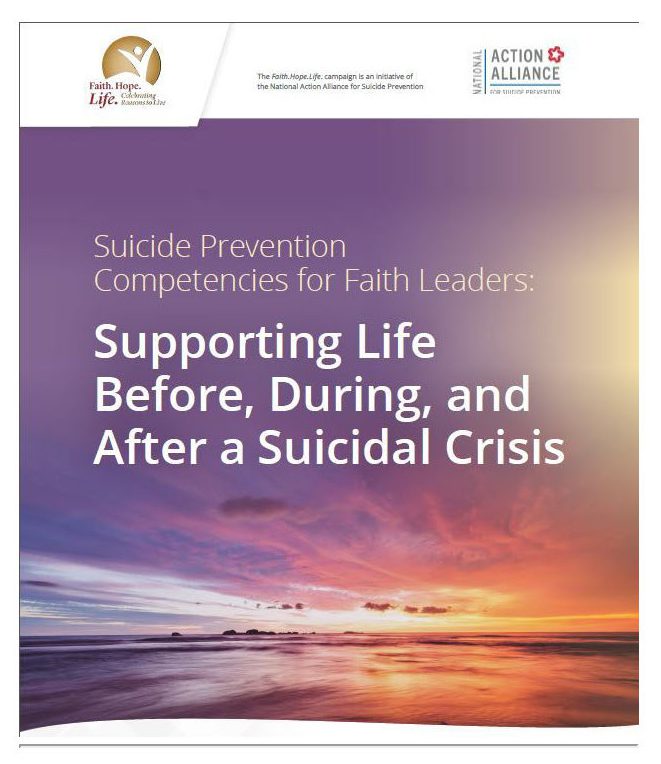 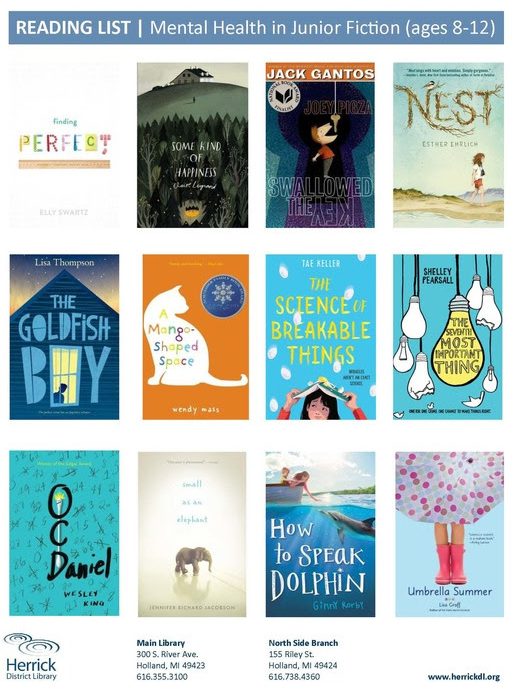 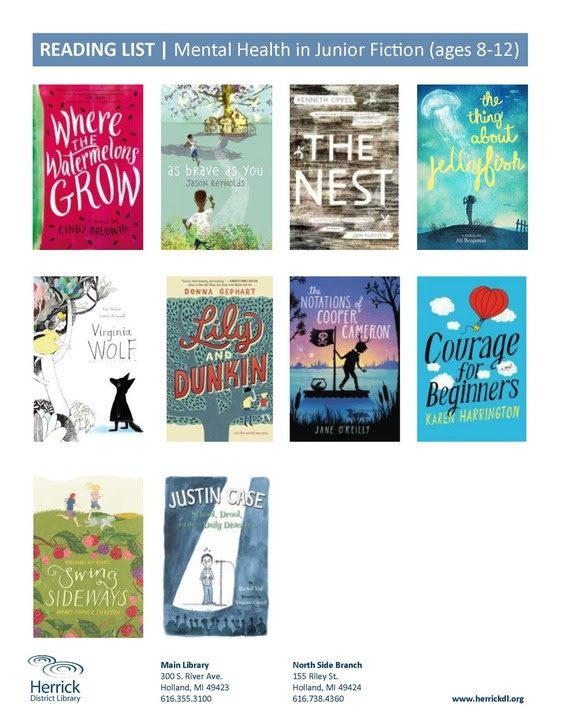 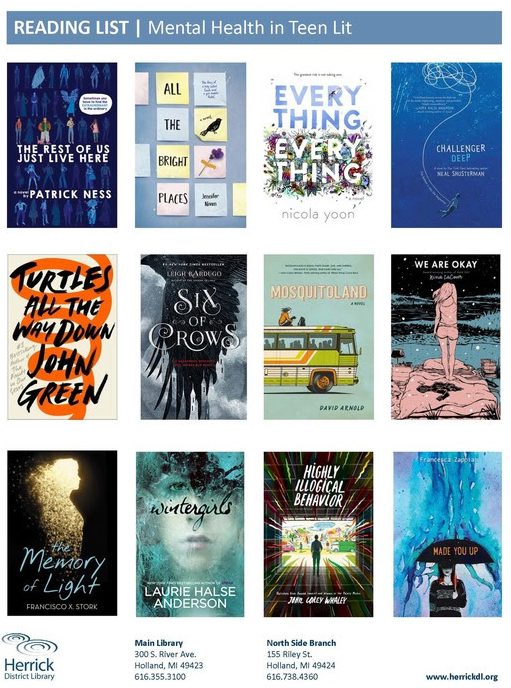